Patent applications may also be based on new uses (e.g. repurposing) for previously-known substances/composistions/medicines. For example, aspirin is well known for the treatment of headaches. If it was now found that it could be used to treat, say, colon cancer, then a new patent application could be filed by which claimed uses of aspirin to treat the colon cancer.

Inventions based on the discovery of such new uses are claimed in different formats depending on the country where the patent application is filed. The explanation for this is that most countries do not allow methods of treatments to be claimed directly, the most notable exception to this being the United States.

Examples of allowable formats include the following:

The justification for such patents differ from country to country. Below, provided by IPHOUSE & ASSOCIATES, is an overview of the current status of the patentability of new therapeutic uses for known substances or compositions in IP VIETNAM and EPO to highlight the difference between the two jurisdictions.

Where a substance or composition is already known to have been used in a “first medical use”, it may still be patentable under Art. 54(5) for any second or further use in a method according to Art. 53(c), provided that said use is novel and inventive (The Article 54(5) EPC explicitly allows further patent protection of substances or compositions already known as medicines provided their use in a method under Article 53(c) EPC be specific and not comprised in the state of the art).

In the light of the above, a second or further use invention can be patentable in EPO jurisdiction. Specifically, applicants can protect a medical invention through purpose-limited product claims: “Compound X/Composition comprising X for use in a method for the treatment of disease Y”.

The effect of the different claim formulations on patentability in EPO jurisdiction is summarised in the table below:

“Use” claims used to be patentable until the law’s amendment in 2006. At present, “use” claims or use/purpose-limited known substance/composition claims are NOT permitted.

Applications for new medical use inventions are normally in the format of “Use of a known entity” or “A known entity for use”.

Example 1: Use of a compound for treating cancer.

Example 2:  A composition for use in treating cancer.

Under current law and practice in Vietnam, the claim format of Example 1 will NOT be accepted in formality examination stage. The claim format of Example 2 is allowable in the formality examination stage. Nevertherless, they may both be refused on the ground of lack of patentability if the claimed compound and composition have already existed and/or disclosed somwhere in any prior art.

“Use” claims (e.g. the claim format of Example 1) is NOT allowed based on the following:

In the light of the above, the claim format “Use of…” shall not pass formality check and be rejected by the office (refusal on the ground of “Use of…” is NOT a product/process which is patent-eligible). An amendment is thus required. To overcome the refusal, “Use of a compound” for example can be normally amended/rephrased to “A compound for use” to just pass the formality check. Such invention will however be refused by the office on the ground of lack of patentability in principle.

Following is an illustratory example.

The claims: A compound of formula (I) for the treatment of Insomnia. 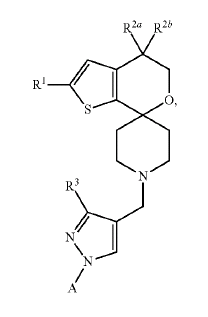 The final decision: Refusal.
(More details about the reasons for the refusal, please contact us at the information below)

Further Remark: The final decision of refusal above still remains unchanged even if the use of the compound (I) for the treatment of Insomnia is disclosed nowhere in the prior art and the surprising/remarkable effect(s) in treating Insomnia is also provided in the present description.