Following on from our previous article on new/further medical use invention (http://iphouse.vn/best-practice-guide-for-filing-a-patent-application-in-vietnam-part-i-new-medical-use-inventions-2/), this piece serves to specifically address the issue of “use” claim format, one of the most common, typical formats of claims in PCT applications.

On 15 January 2018, the long-awaited Circular No. 16/2016/TT-BKHCN, revising Circular No. 01/2017/TT-BKHCN, one of the key regulations in the Vietnam IP system, took effect with extensive changes, including supplementation with respect to essential features of technical solution, to which it has alleged that function or purpose of a claimed subject matter is not regarded as essential technical feature. That is to say, the supplementation implies “use” claim are NOT patent-eligible in Vietnam, basically on the ground that it was not patentable subject-matter as such. This is an unfavourable point for applicants, especially for the ones owning inventions in the pharmaceutical field.

Typical “use” claims are in format such as:

1. Use of a 2,3-dihydroimidazol[1,2,c]quinazoline compound of general formula (I) for the preparation of a medicament for the treatment or prophylaxis of breast cancer: 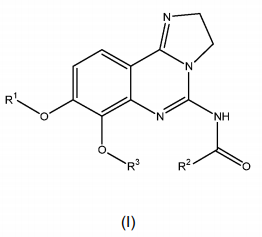 In accordance with the PCT International Search and Preliminary Examination Guidelines (PCT/GL/ISPE/10), in some International Searching and Preliminary Examining Authorities, for purposes of international search and examination, a “use” claim of the above-mentioned form such as “Use of substance X as an insecticide” should be regarded as equivalent to a (misguided) “process” claim of the form “a process of killing insects using substance X.”

However, it should be noted that in certain designated/elected States of the PCT treaty, US for instance, “use” claims are considered by the United States Patent and Trademark Office (USPTO) to be improper process claims which lack clarity and constitute excluded subject matter on the ground that the claim above provides for the use of substance X, but, since the claim does not set forth any steps involved in the method/process, it is unclear what method/process applicant is intending to encompass (i.e, attempts to claim a process without setting forth any steps involved in the process generally raises an issue of indefiniteness under 35 U.S.C. 112, second paragraph).

“Use” claim is NOT allowed based on the following:

3.2. In the light of the above, the claim format “Use of […]” as such shall not pass formality check and be rejected by the IP VIETNAM (on the ground of “Use of […]”as such is not a technical solution,  in particular failing to be either a product or a process which is patent-eligible.

An amendment is thus required.

To overcome the refusal, “Use of a compound” for example can be normally amended/rephrased to “A compound for use” to just pass the formality check. Such invention will however be refused by IPVIETNAM on the ground of lack of patentability in principle.

3.3. Interpretation of the claim format

In practice, as indicated above, a claim of the form “Use of a compound“ as such shall not pass formality check and be rejected by the IP VIETNAM. One of the common proposed amendments is to rephrase “Use of a compound“ to “A compound for use” in an attempt to over come the formality rejection.

The claim format of “A compound for use“ shall normally be interpreted as directed to the compound per sei which is in fact suitable for the stated use (Article 25.5d(ii) of the Circular*, Article 22.2.2.5(2) of the Examination Guidelines for Patent and Utility Model in Vietnam, and point 5.21 of PCT/GL/ISPE/10). Furthermore, a known compound same as defined in the claim, though it has never been described for that use, would deprive the claim of novelty.

(*) While the legislation might be previously considered to be not really clear in this regard, the Circular No. 16/2016/TT-BKHCN, revising the Circular No. 01/2017/TT-BKHCN, has however supplemented the regulations and the definition with respect to “essential  technical  features” in details: “essential technical features are structural features (parts, linkage etc.) or substance structure (composition, presence, element states, etc.) with other essential features to constitute a necessary and sufficient set to determine the claimed the subject-matter”.

In short, “use” claims as such is currently regarded NOT patent-eligible in Vietnam.

Any of the above general information is not legal advice. Should clients need any further information on legal IP matters, please contact us at:

Tweet
Next Post Patent Prosecution Highway (PPH) program between IP VIETNAM and KIPO to be extended to 2023
Previous Post Applicant guide for filing a patent application in Vietnam – Part VII: Extensive changes to the IP system of Vietnam